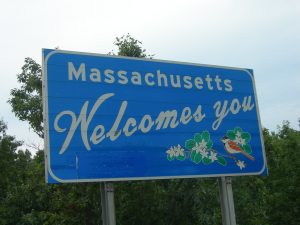 Established in February of 1788, Massachusetts doesn’t disappoint when it comes to paranormal activity and haunted locations. The tragedy of its past bears down on the present day and creates the perfect storm for hauntings. If you’re looking to visit the Bay State in the future, step back into the past with this list of Haunted Inns In Massachusetts!

The Colonial Inn was built in 1716 but only started its operations as a working inn in 1889. It is listed on the National Register of Historic Places and has been given the honor of being named one of the most haunted places in Massachusetts. Room 24 of the inn seems to be the focal point and the most paranormally active.

In 1966, a couple of newlyweds stayed in room 24, and the following morning they were seen leaving the hotel in a hurry with the bride looking extremely sick and pale. Her husband seemed annoyed but concerned. The concierges remembered her name when they received a letter from the couple telling of the terrors they experienced in their room that night.

The woman was awoken by an unnaturally tall grey figure standing by her and her husband as they lay in their bed. It was extremely close and disappeared a few minutes after she opened her eyes and saw it. She’s not the only one to witness the Grey Man, however, as similar reports are still being made to this day by other visitors.

When people think of haunted lodgings, antique bed and breakfasts, and historic buildings come to mind, not usually a nationwide chain like Holiday Inn. Size aside, this inn reportedly has a couple of apparitions that reside in it. One of the most well-known and witnessed is a woman who can only be seen from the corner of your eye. She is reported most often in the inn’s ballroom and hallways, but no one has ever caught a full glimpse of her as when you turn to look, she disappears into thin air.

The Village Green Inn’s building dates back to its construction in early 1804. The building’s original owners were the Dimmick family, and they are said to have never left the premises. Sarah Dimmick died in one of the inn’s rooms in 1823 when she was just a young teen. While it is unknown exactly which room she passed in, it truly doesn’t make a difference as she has been reported all over the inn. Visitors report a transparent girl strolling around the halls in an old-fashioned cream-colored floor-length nightgown, the back trailing behind her like a ghastly fog. She is notorious for hovering over guests in their beds, waking them from their sleep. Other unknown female apparitions are also reported, as well as the inn’s former owner Dr. Tripp.

One of the oldest inns on our list, and the oldest inn in the Berkshires, this property was constructed in 1737. Daniel Brown, one of Sandisfield’s first settlers, built his home here, which later became a popular tavern and resting place for weary travelers. While the entire building houses a feeling of antiquity, the oldest and most haunted room is undoubtedly room number four. Visitors who stay in the room leave with reports of a young woman visiting them throughout their stay. She tends to move objects and ‘borrows’ them, returning them at a much later date, sometimes after the guests have already checked out. Disembodied voices and touches are also heard and felt. Doors shut on their own and sometimes even lock guests in their rooms!

People speculate that the New Boston Inn is haunted due to a murder that occurred in the inn’s game room back in 1805. A young woman named Harriet was preparing for her wedding inside the inn when a jealous ex of hers burst in with a gun and shot her, killing her instantly. Could Harriet be the young woman visitors report? The entire story is shrouded in mystery as the inn offers a free night to anyone who can provide Harriet’s last name, place of birth, or the name of her killer.

Popular paranormal investigative groups have also visited the inn, such as ORION and TAPS, stars of the Sci-Fi television show Ghost Hunters. Both groups checked out of the inn with substantial evidence.

The oldest Inn on Cape Cod, Yarmouth’s paranormal residents are active and seemingly always ready to show themselves. Witnesses to the inn’s haunting state a feeling of anxiety before witnessing one of the inn’s spirits. One couple claimed that they saw the apparition of a man at the foot of their bed in 1999. He was described as wearing a flouncy white blouse and smiling from ear-to-ear. In 2002, another visitor saw a ghost sitting on the side of his bed, causing a physical disturbance when he shook the bedposts. Appliances and lights turn on and off by otherworldly hands, and members of the staff hear their names being called when no (living) person is around.

The Penny House Inn is split into two, one of which is known as the “Old Side.” Here, visitors are visited by a phantasmal woman known only as the “Goodnight Ghost.” A fitting name, as this apparition is only seen at nighttime, and she touches guests while they sleep or whispers lullabies to them just as they are drifting off. She’s also been reported to steal belongings from guests, leaving them in other rooms. The sudden disappearance of personal property has caused certain problems and feuds, of course. Perhaps this spirit just likes to stir the pot!

The Deerfield Inn was built in 1884 and has since been restored and renovated a couple of times. Both staff members and guests have reported a great deal of paranormal activity during their time at the inn. Old electrical lines aren’t to blame for the random on and off of the lights, as the entire electrical systems were replaced recently. Knocking sounds are heard in the walls, and furniture even moves about the hotel by an unseen force. Visitor’s beds will be moved from one part of the room to another, with them waking up to be on the opposite end of their room. A pushy spirit known as Cora is often reported. She was the former innkeeper’s wife and has been witnessed walking on the outside of the building, checking out the grounds.

Another named apparition moves about the hotel’s inside, Cora’s husband and former innkeeper, John. There is also a third spirit seen primarily in room 48 and is known by the inn’s staff as Herschel. Staff members have seen him appear as a glowing apparition. He is a bit of a prankster and moves luggage as well as furniture. When he’s not messing with others’ personal belongings, he is seen on the porch relaxing in one of the oak rocking chairs.

This inn is home to a plethora of friendly and fun spirits! The Charlemont was constructed in 1787 and since then has gathered a group of spirits that guests enjoy. A Civil War soldier in the hall upstairs, a former innkeeper in the tavern, and a ghost named Elizabeth who is said to close doors behind guests who forget to shut them. Elizabeth is seen mainly by children as she kneels to them and carries out entire conversations with the inn’s youngest visitors.

Have you ever stayed at any of these historic and haunted inns? If a haunted road trip is up your alley, check out our Haunted Massachusetts Road Trip article here! Maybe you’ll book a room in one of these haunted inns to catch some rest before you head back home!