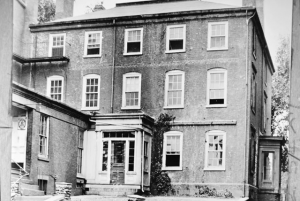 The Joshua Ward House has some rich history behind it. Built in 1784, it is one of the first brick homes built in Salem, Massachusetts. A noted bricklayer and woodworker at the time, Samuel McIntire did all of the house’s interior woodwork, including an original staircase that remains his oldest surviving work.

Since 2015 the Joshua Ward House has served as a hotel. But before that, in 1983 it was added in with Salem’s Downtown District. And prior to that in 1978, it was listed with the National Register of Historic Places. 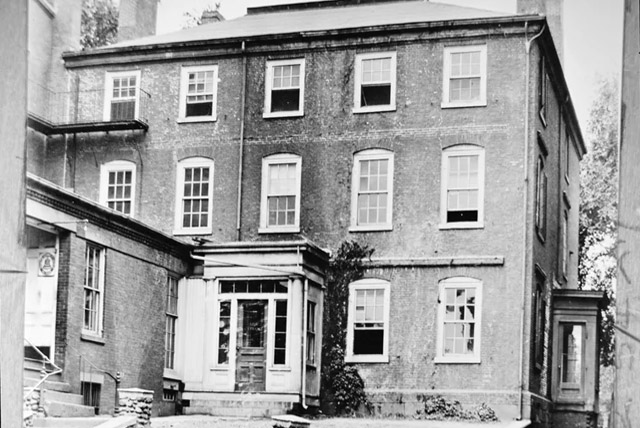 So regarded was this residence that during a visit to Salem in 1789, George Washington specifically requested to stay in the home. Operating as a tavern during the 19th century, it was built on the same site that Sheriff George Corwin used to live – one of the worst individuals involved with the trials.

Sheriff Corwin is famous for his involvement in the Salem Witch Trials, and that is its main reason for being haunted. This man was beyond sadistic, as you will come to learn upon further reading.

Be warned; the methods he used aren’t for the faint of heart and should stand to serve as a reminder as to just how good we have it when compared to what took place during the infamous Witch Trials.

What is the Joshua Ward House?

The Joshua Ward House gets its namesake after its owner, Joshua Ward, a very successful merchant during the given time period. When Mr. Ward passed and Salem took ownership of the residence, it eventually served as that of an apartment building of sorts, housing many of those accused of witchcraft during the Salem Witch Trials.

It is here where the residence gets its haunted connections. Not only due to the fact that the Joshua Ward House was built upon the very same grounds that Sheriff Corwin once lived, but also because of the horrific things that he did to the tenants there.

Sheriff Corwin would often interrogate the accused at the Joshua Ward House, with his heinous techniques earning him the nickname “The Strangler”. One nearly unmentionable method of interrogation involved Sheriff Corwin tying the neck of his victim to their ankles tightly with rope until blood gushed out of their noses.

Not only did he use the Joshua Ward House for his interrogations, but it is also rumored that he used his basement in his own home to torture and victimize the accused. Whether they were truly witches or not, his methods were so severe that they would often pledge their allegiance to Satan just to end the horrific punishment. 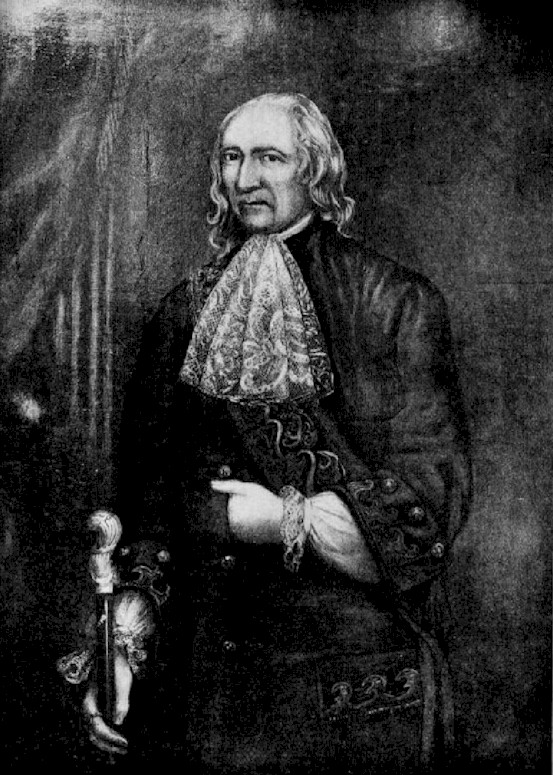 Of course, shortly thereafter they were usually executed for doing so. Totally unfair circumstances that only serve to show how far we’ve come since these terrible times in our young nation’s (often embarrassing) history. It needs mentioning, however, that these practices were completely legal and legitimate during these times.

With all of the torture done at the hands of Sheriff George “The Strangler” Corwin within the walls of the Joshua Ward House, it stands to reason that many of the spirits allegedly haunting the place are victims of Corwin.

Giles Corey was one of the 19 accused and executed during the Salem Witch Trials. While most of the others were hanged, Mr. Corey was crushed to death with large rocks by none other than Sheriff Corwin, and Giles is said to regularly haunt the Ward residence.

As if the above photograph wasn’t enough to send chills up and down your spine, there have been multiple witnesses who have claimed that they have been strangled by an unseen pair of hands while visiting the Joshua Ward House.

Equally as strange are the reports of warm, half-melted candle wax present in rooms where no candles are supposed to be. And perhaps the most frightening of all encounters are that of guests having sudden, unexplained scratches and burns appearing on their arms.

In what may be bittersweet revenge for all of the horrendous acts that Sheriff George Corwin committed, if the reports of being strangled by an unseen entity are to be believed, then it sounds as if The Strangler has been cursed to forever wander the very halls he used to patrol in search of his next victim.

If there is anything to be said in the aftermath of these ridiculous days of “law enforcement”, it’s that we have it pretty good. The next time you have negative thoughts toward our current police force, just take pause and think back to the Salem Witch days and what those poor souls had to endure.

Granted, there are certainly good cops and bad cops out there – they are, after all, only human – but you’d be hard-pressed to find one as diabolical as Sheriff George Corwin. This certifiable lunatic had no place upholding the law.

It’s rumored that he got his position through nepotism, but one has to wonder why his methods were considered legal in the first place for as long as they were. In any event, he will undoubtedly continue to be remembered for all time as nothing more than a murderer who served only to abuse his given power.

Interestingly, the Witch House was set to be demolished in 1944 to make way for the widening of the street. Locals, however, banded together and put a stop to it by raising the $42,000 required to move the house back a mere 35 feet where it currently sits.

After two architects restored the residence to its original 17th-century splendor, the Witch House was handed over to the city of Salem, at that point becoming the museum that it functions as today.

With it being the oldest standing structure of the Salem Witch Trials, there’s no doubt as to why the house is visited by many on a yearly basis, most notably around Halloween; it has the perfect recipe for what makes a traditional haunted house.

It is so popular and well-known as being haunted, in fact, that it was featured on the hit television series Ghost Adventures in 2011.

Perhaps it is best that this house remains open as a museum – haunted or otherwise – as it stands to serve as a reminder in terms of how far we’ve come as a nation. What was once considered normal practice, the execution of witches and the like is laughable by today’s standards.

If ever there was a time period that we can reflect upon to see just how much we have bettered ourselves, the Salem Witch Trials is surely one of them. Sadly, many innocent men, women, and children had to die before we realized the error of our ways.

With these strides comes a responsibility for us to ensure that these types of overzealous actions never again occur. If in doubt, one need only to look to the Witch House of Salem, Massachusetts. Here you’ll find more than enough evidence of our once brutal ways in a time when the freedoms that we have today were unheard of.

If you ever feel overwhelmed with the worries, struggles, and anxieties of today’s way of life, simply refer back to the olden times of Salem. You’ll most likely change your tune really quickly.