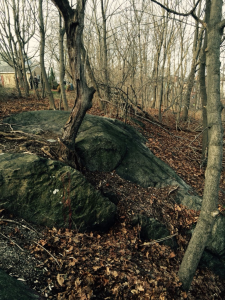 During the Salem Witch Trials that took place from 1692 to 1693, many townsfolk of Salem, Massachusetts lived in sheer terror and chaos. More than 200 people ended up being falsely accused of witchcraft in what ultimately turned out to be mass hysteria run amok.

Many people feared for their lives during the trials, and rightfully so; witchcraft during these dark days was punishable by death. Although it is considered silly to most of us today, dark magic was reviled by common folk and officials alike. And during the period in which the Salem Witch Trials took place, this was no laughing matter.

Accusations were tossed around like the wind, and if you so much as even garnered suspicion of witchcraft, you ran the risk of being executed. It was a trying time, to say the least, with people going as far as building hidden chambers within their homes to hide from officials looking to bring “justice” and peace to the quaint town on Salem.

In the end, 19 innocent people were executed – or, as we would call it today, murdered. All it took was a couple of little girls to point their fingers at some women and scream that they were witches. That’s it. The next thing Salem knew, they were having their homes ravaged, people were “interrogated” (tortured, really), and publicly humiliated.

Salem gets the majority of its ghost stories from the events of the Salem Witch Trials. Many buildings and locations are said to be haunted as a result, which serves to attract numerous people to their locals every year. Ghost-hunters and the curious alike make Salem, Massachusetts one of their top destinations.

So haunted is Salem’s lore that it has been featured in many movies and ghost-hunting television series throughout the years. Many residents and guests of Salem have backed up these claims with their own versions of ghostly encounters.

Below we cover one such well-known haunted location in Salem, Massachusetts known as Proctor’s Ledge. Its history is a rather dark one, with tales of witches, warlocks, death, and hauntings attributing to its paranormal occurrences. Read on to get a detailed look into how this came to be and what makes this slab of stone so sacred.

Out on a Ledge

Proctor’s Ledge served as the area during the Witch Trials where those accused and convicted of witchcraft were executed by hanging. Not only were they killed here, but the ledge also served as the dumping grounds for their bodies.

The exact location of these executions was largely contested over the years, as many believed that those 19 innocent people were executed at the summit of Gallows Hill, which is located at the western edge of Salem. This first began to be debated in 1921, when one of Salem’s local historians, Sidney Perley, claimed to have located the proper site of the executions, that being Proctor’s Ledge.

In what took 15 years of pressure, his summation finally resulted in the city of Salem purchasing part of Proctor’s Ledge in 1936, calling it “Witch Memorial Land”. It is interesting to note that no memorial was erected by the city after their purchase of it, as the majority still believed that the executions took place at Gallows Hill.

The debate raged on, due in large part to poor record-keeping. What records were available were deemed too difficult to properly interpret. Finally, in 2010, there was a breakthrough. A dedicated team of researchers and historians who make up Salem’s local historical society banded together to put a rest to this age-old argument once and for all.

Over the next six years, they collected all of the evidence that they could find on the proper execution site, eventually concluding that Sidney Perley had been right all along. The true location of the 19 innocent who were tried and executed was confirmed to be Proctor’s Ledge in January of 2016.

Interestingly, part of the evidence that helped these historians reach their ultimate conclusion included actual eyewitness accounts dating all the back to 1692 when the executions actually occurred. Nearby neighbors of Proctor’s Ledge were able to see the hangings from their homes and kept records of the event.

Being the very execution site from the infamous Salem Witch Trials is reason enough to bring about paranormal encounters. But to make matters worse, after these heinous executions took place, the corpses were unceremoniously dumped around the surrounding area.

Since it was considered dangerous back during Salem’s early days to touch the corpse of a witch or warlock, none of them received a proper burial. This forced many of the family members to sneak out in the middle of the night to collect their fallen kin in order to bury them elsewhere. This was a dangerous task indeed, for if they had been caught, they too may have faced execution.

These atrocities collectively served to have caused many locals and visitors to experience their own fair share of otherworldly encounters at Proctor’s Ledge over the years. Numerous reports state that there is a dark energy that can be felt in and around the area, among other things.

The well-known Lady in White is sometimes seen wandering around the ledge, as well as many other locations in Salem. She usually manifests only for very brief periods of time, then vanishes. Others claim to have heard eerie, disembodied wails.

Cold spots have also been reported, along with several photographs that have captured strange glowing lights and hovering orbs. This crevice is considered by many to be the home of several apparitions that belong to the 19 innocent victims of the Salem Witch Trials.

Salem, Massachusetts in 1692 and 1693 was indeed a sad time in our young nation’s rise. The appalling acts that took place are an embarrassment in history and should serve as a reminder as to just how far we’ve come over these past few centuries.

As bad as the events of the Salem Witch Trials were, they needed to happen in order for us to move forward. Often throughout history, things occur that we laugh at today. But back in those times, hanging witches was perfectly natural and considered common. 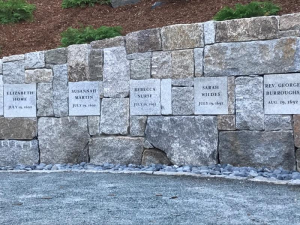 However, parts of Europe were quickly abandoning such practices, although it would take a major event like the Witch Trials before we followed suit. When we finally learned the error of our ways, innocent people died and the family members of those involved had to pick up the pieces.

Salem will forever be a town changed by these awful occurrences. There is, however, a positive note to come along after all of these years. For the longest time, it looked as if those poor souls executed and dumped at Proctor’s Ledge would never receive the proper recognition that they so very much deserved.

On July 19, 2017, the Mayor of Salem, Kim Driscoll, dedicated a memorial below Proctor’s Ledge to commemorate those fallen during the Witch Trials. The timing interestingly coincides with the first of three mass executions there.

On the same day in 1692, five women – Sarah Good, Elizabeth Howe, Susannah Martin, Rebecca Nurse, and Sarah Wildes – were hanged to death from a tree that is located on Proctor’s Ledge. Afterward, their bodies were dumped into the nearby crevice where the memorial now sits.

Later victims executed at this site include wealthy landowner John Proctor, who was killed in August of 1692. He is known to have publicly condemned the Salem Witch Trials and all of those involved with the travesty.

Furthermore, he even punished his female servants who had claimed to have been possessed by the spirits of witches while all the mass hysteria was taking place. Proctor’s Ledge is named for his grandson, who had purchased the land knowing its history.

This newly-erected monument by Salem’s fine Mayor serves to list the executed women’s names in order to honor them and their families. And while this is most certainly a wonderful gesture, it is doubtful that it will do much in terms of keeping any spirits at bay.

Hauntings and ghostly encounters continue to regularly happen throughout all of Salem and it is doubtful that it will stop any time soon. These occurrences have taken place for centuries, with Salem, Massachusetts remaining a hot spot for paranormal activity and a choice destination for thrill-seekers and ghost-hunters.